So there are an awful lot of big tools and equipment that I fail to comprehend. My biggest failure is knowing what machine is called what. I like to name machines based on their size, shape or function because that seems logical to me. The only problem is that these tools are already named based on their size, shape or function. It just so happens that I don’t have the vocabulary to know this.

Except now I do know this to be true.

Case in point, the excavator. 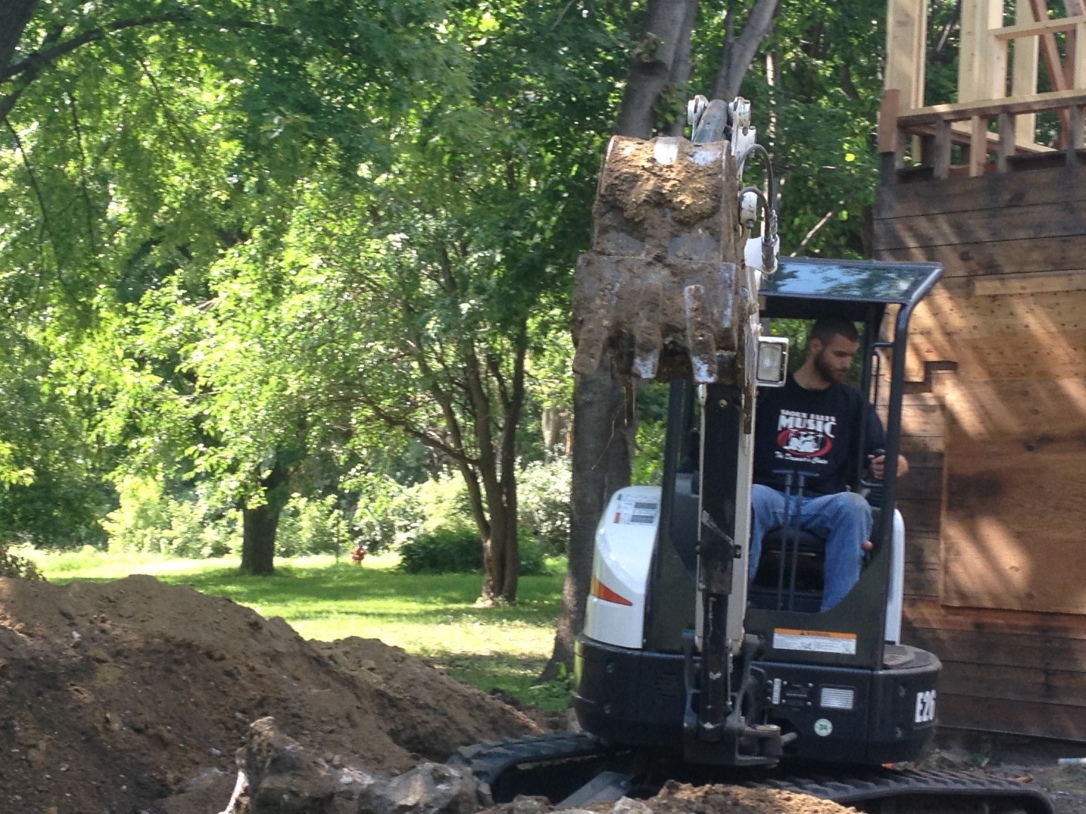 We do not own an excavator. However, we did rent one for twenty-four hours to aid operation dig a big hole. I did not end up trying to use the excavator. There was a bit of a time crunch on digging this hole and I have a tendency to be very slow and scared when attempting to use machinery.

The hole was not as easy as expected. First, as you saw in a previous post, there were several days of jackhammering and moving concrete. The stuff was just an abomination to move.

Then, the excavator came in to help. But, the dirt was filled with large rocks which made the process take way longer. 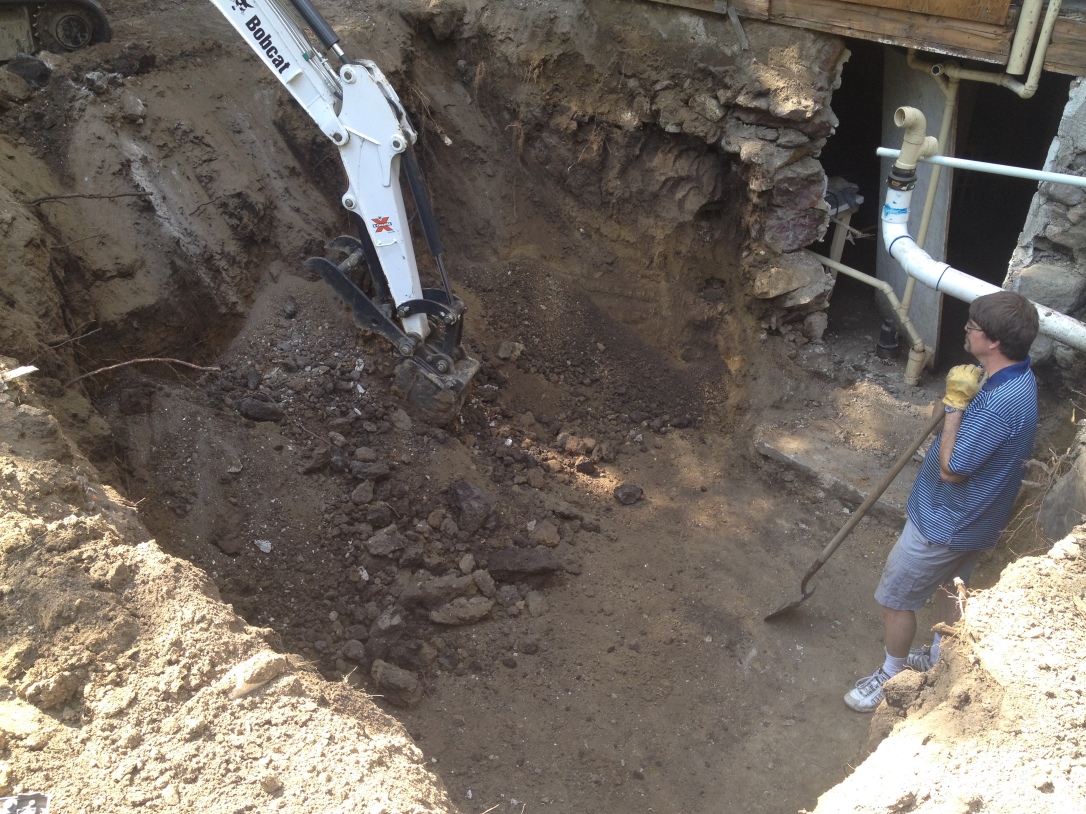 Next, the hole had to go a little deeper than expected, so it came down to a shovel. And when we got that deep into the ground, the ground turned to a hard red/brown clay instead of the nice dark Iowa soil.

The mosquito colony grew. The humidity was outrageous. There was no denying it was the middle of July in Iowa.

In the end, another gentlemen (with another type of machine) was brought in to finish out the job. It took about seven days to complete this entire process from jackhammer start to machine finish. Seven days puts you behind quite a bit.

But, now, we have our large hole. And soon…a safe basement for the crappy addition we had to fix. 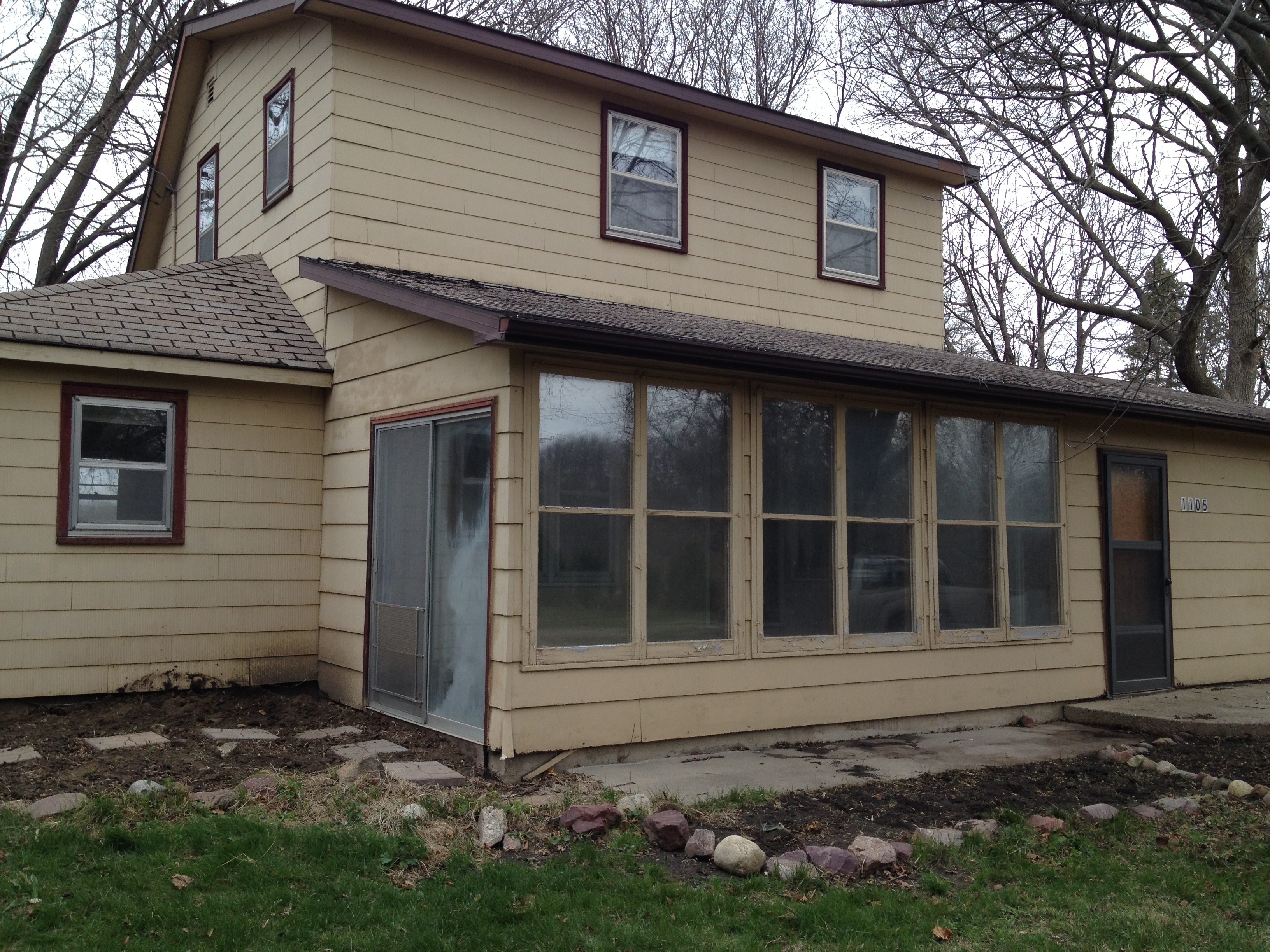 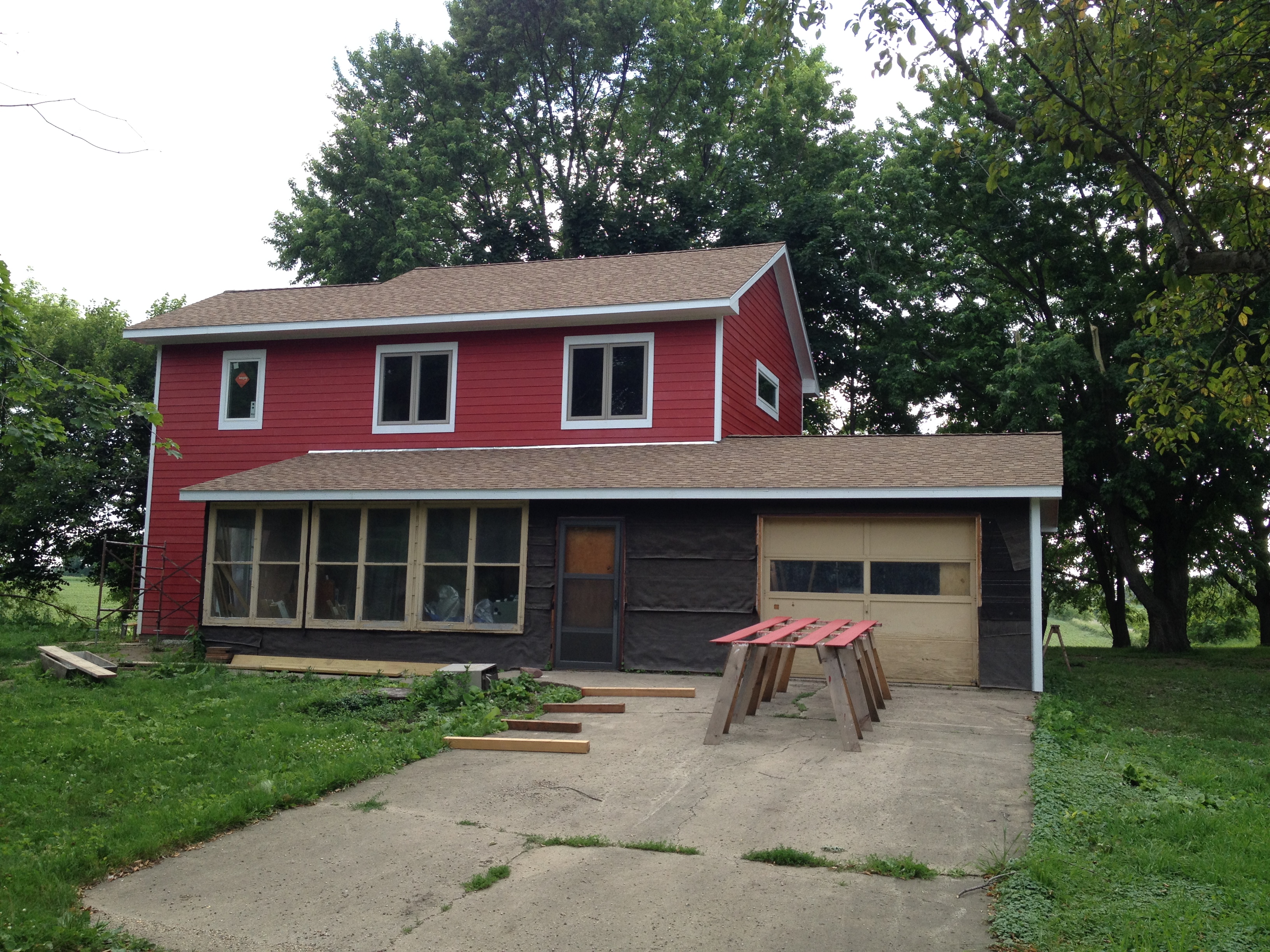